A downloadable game for Windows, macOS, and Linux

WELCOME TO ALL SMILES HACKING INSTITUTE, THE MOST PRESTIGIOUS ALL GIRLS HACKING UNIVERSITY LOCATED IN ANTARCTICA

At age 16 Mayday was kicked out of her backup dancer position in X:SAINT, an internationally popular ego group!! With her career vanished and sitting with a fat antimony, she decided to pursue what her heart is really after... CRIMINOLOGY! For several years she did nothing but watching TV and studying criminology 101 books expecting to start her own firm but her step-uncle pressured her out of it... !being a detective is non-sense for making ends meet! !you should get a real job Mayday! !you should attend a decent university like A.S_H.I! !hacking is a much more respectable career! You can get a decent socially approved EGO! thus she is forced to attend A.S_H.I... known by the whole world for hosting more than 64 million EGOs online each day, powered ofc, by the freezing cold temperatures of Antarctica!

all of these factors and information

all of these  dreamings of Egos...its just, can you smell it?

maybe its the way the wind blew across the ice sheet and the stillness of the penguins...

that a place like AS_HI might actually be a perfect fate alignment for a retired teenager detective! #CASEOPEN!*smash*

that's the problem for Mayday.... how can she put her sunglasses away when a prestigious school like A.S_H.I has so many question marks...

In order to download this game you must purchase it at or above the minimum price of $5 USD. You will get access to the following files:

you can punt on steam so i can buy? i'm from brazil is kind hard for me buy things in dolar

Goodness, there's so much to unpack here!  Weird girls trying to solve weirder mysteries in a school that's yet weirder still....  I must say, this VN wastes neither time nor energy in drawing the reader in, heheh.

Despite the brevity of this first installment, both Mayday and Candy see a good bit of development, and what's more, in sharp relief to Mayday's expectations, we're introduced to any number of mysteries equal parts fascinating and ghoulish bubbling up from beneath A.S_H.I's glamorous surface.

The Ego transformation sequences in particular were rather striking, and I was quite taken with the visuals in the bot farm segment, heheheh.  I also really liked the art for the various cards, as well as the girls' different outfits; I found them very charming across the board~  For that matter, the art direction of this VN in general is simply super, and adds quite a lot of character!  An unmistakable blending of Sofa's and CPU's visual styles, heheh.

Admittedly, the arrival of the ending was more than a little abrupt—I did a double-take when I was suddenly dropped back at the title screen, heh—but to be sure, it's not as though the story left off at a bad or awkward point or anything like that.  There were also a couple of points during Mayday's internal monologues where I found myself thinking, "What in the world is she going on about? lol", but in all fairness, a large part of those segments was her trying to sort her thoughts out, so perhaps that's to be expected.

With all of that said, it's very easy to see that a huge amount of time, effort, and love went into the making of this VN, and it's simply a joy to experience.  Stellar work as usual, CPU and Sofa!  I'll be eagerly awaiting both the next Precious Theatre installment and your other works to follow, heheheh~

i understood nothing and everything at the same time

hi this game is the best i just finish it all i also noticed the hi sound effect in the song used for the hey everybody ! roommate which is also used at the end of blood vats 2 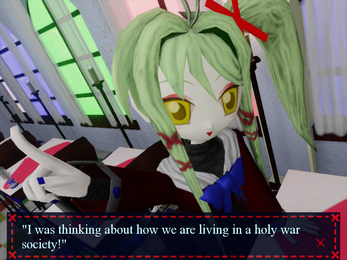 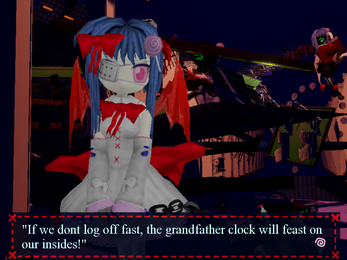 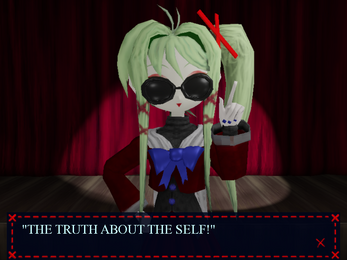 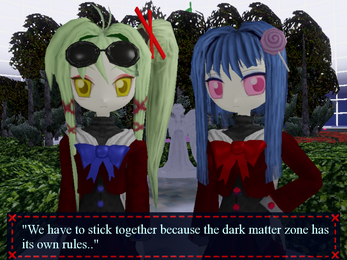 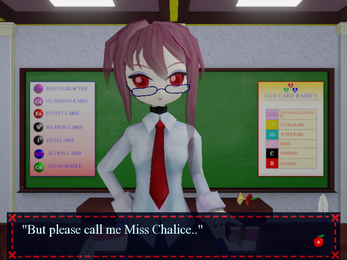 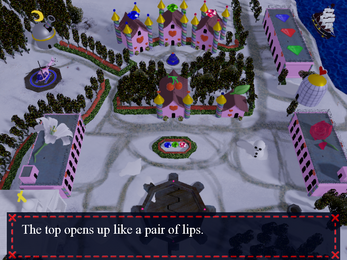 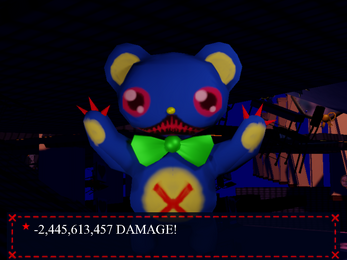 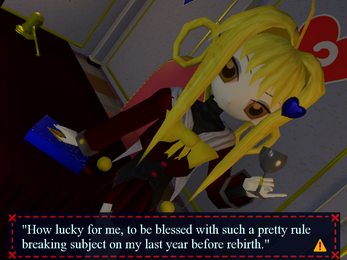